Visitors are captured climbing The Great Pyramid of Giza, dining inside tombs and posing on top of camels, surprisingly, they did not dress practically for the expedition and are shown wearing restrictive, formal wear. While it’s forbidden for tourists nowadays to clamber up Egypt’s pyramids to take a snap, back in Victorian times it was all the rage.

European holiday-makers clad in three-piece suits or long formal dresses and hats had their photographs taken while climbing landmarks and sitting on top of camels at the country’s most recognizable icons including King Khufu’s tomb and the sphinx in Giza.

A series of astonishing vintage photographs from the 1890s to the 1930s capture tourists enjoying picnics and having an after-lunch nap, inside a temple with hieroglyphics. In this capture from 1898, formally attired Victorian holiday-makers nap after having a picnic inside a temple

These images, mostly taken during the British occupation of Egypt, locals are depicted serving tourists wine, attending to camels and assisting visitors scaling the ancient structures including the 139-metre high Pyramid of Giza.

Fascination with Egypt’s antiquities is well documented during this period, with the discovery of Tutankhamen’s tomb in 1922 sparking further interest.

The adventurous tales of archaeological digs and the mysterious relics unearthed during the 30s have inspired numerous books and films including Raiders of the Lost Ark and The Mummy. The lingering intrigue that surrounds the Egyptian Empire still attracts modern visitors to these haunting 4,500-year-old sites. Tourists brave the heat in long skirts, jackets and hats while sitting atop camels attended to by locals. In the background of this shot from 1900 is the pyramid and sphinx at Giza 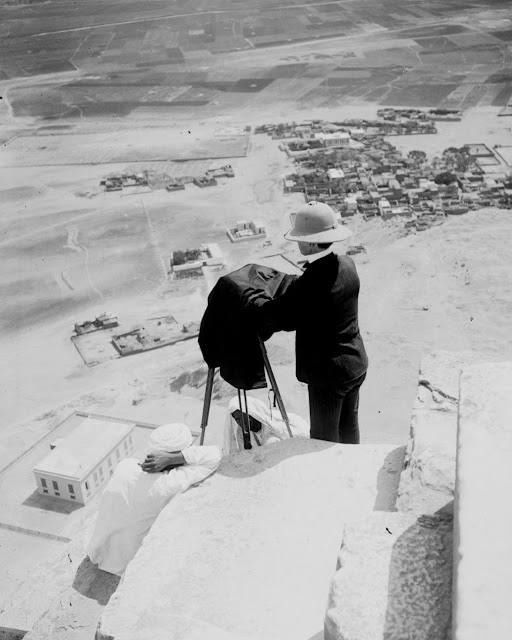 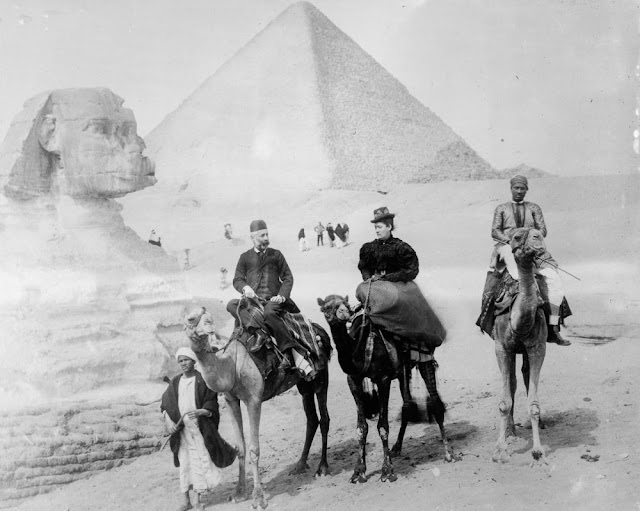 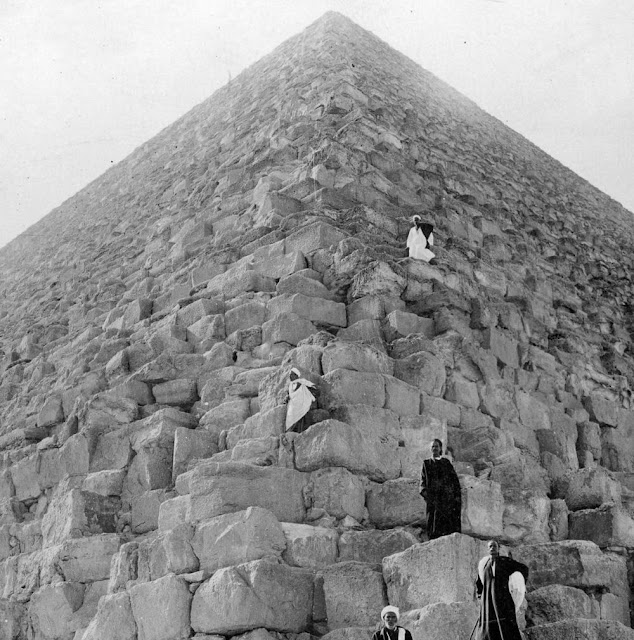 Many of these images were taken during the British occupation of Egypt from 1882 to 1914. European holidaymakers clad in three-piece suits or long formal dresses and hats had their photographs taken at the country’s most iconic landmarks including the Sphinx of Giza. This shot is from circa 1880