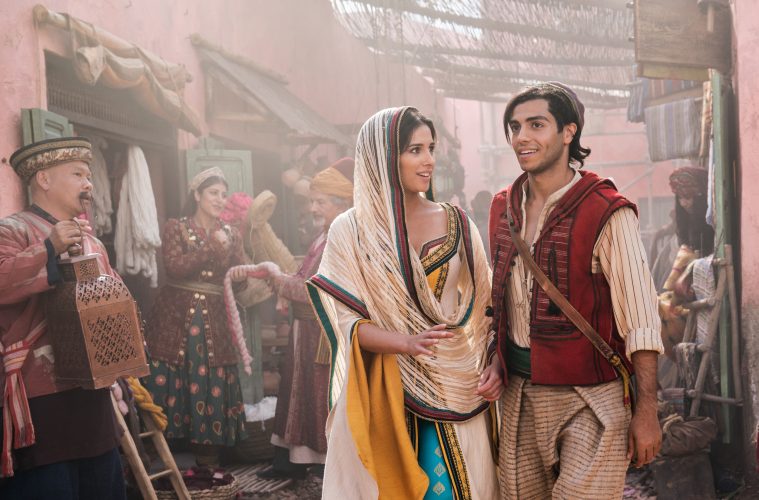 After the exhilarating cliffhanger that we were left with after Avengers: Infinity War, it’s safe to say that we’ll be running to movie theatres the minute this film comes out.

This star-studded Arabic film is already sparking a lot of conversation, directed by the mind who gave us Hepta, Hady Al Bagouri, this film is definitely set to impress.

The loved by all Aladdin is coming to life this year and it won’t just be the children rushing to buy cinema tickets. Bonus points: Mena Masoud plays Aladdin is Egyptian (swoon) and we just can’t wait to see Will Smith as Genie.

Coming out on International Women’s Day this film is going to give us all the girl power we love seeing on screen, and from the trailers we just know Brie Larson will snatch our wigs!

As if Mohamed Ramadan needs more reasons to be trending, but this film starring the gorgeous women (Amina Khalil and Hend Sabry) will definitely ensure his title of most talked about person on social media.

More sequels! A reunion with Elsa, Anna and Olaf is finally going to happen! So many kids (*cough*and fully functional adults) missed this heartwarming animated movie and just cannot wait for the new one.

Ladies and gents, Martin Scorsese is back with a new mob movie and we’re over the moon about it. Starring the one and only on-screen mobster who owns our hearts, Robert De Niro.

Jordan Peele is back in the director’s chair again, which can only mean one thing: prepare to be mind-blown. The cast includes Winston Duke and Lupita Nyongo’o—an overall collaboration of talents that can’t go wrong!

Director Richard Linklater has never disappointed us. This film will star the stunning Cate Blanchett so naturally we expect nothing less than awards flying all over the place.

Once Upon a Time in Hollywood

This film is reported to have a $100-million budget, starring Leonardo DiCaprio, Brad Pitt and Margot Robbie, so to say the least we’re really expecting an insane wow factor.