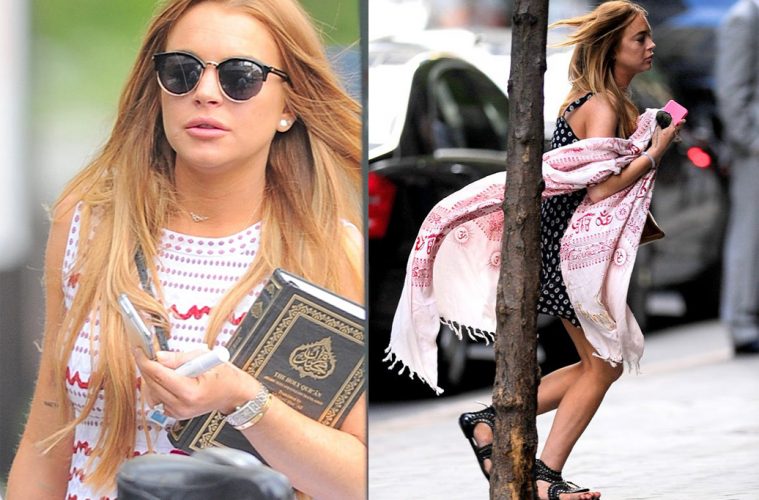 Lindsay Lohan was photographed carrying a Qur’an after her first day of community service in Brooklyn, New York. Lohan was in Brooklyn to start her court-ordered community service at the Duffield Children’s Center in the Fort Greene neighborhood. The actress, was raised as a Catholic, was finishing up a day of office work at a children’s center. The 28-year-old has embarked on an ’emotional detox’, giving up alcohol and dating. 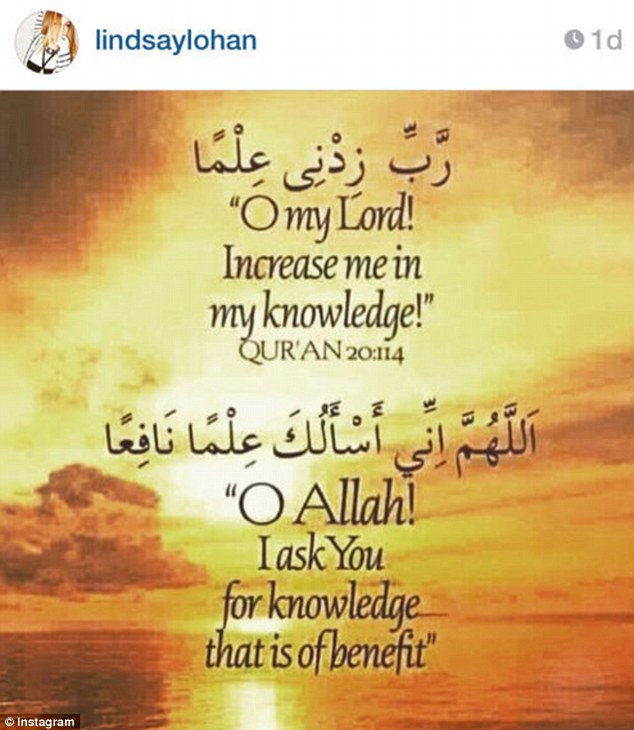 Well, just because she gave up alcohol just as the Qur’an prescribes doesn’t mean she has converted. Many reader of the Book do not necessarily subscribe to the religion. It is not the first time Lindsay has shown an interest in other religions. 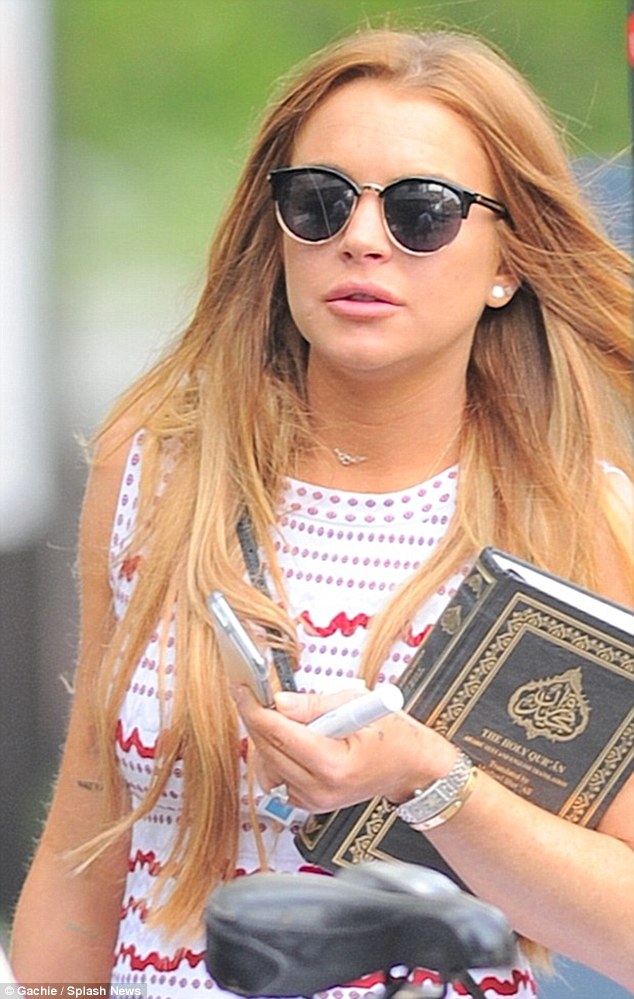 During the height of her fame as a teen star, she wore a Kabbalah red string bracelet, which wards off misfortune brought about by the ‘evil eye’. She was also rumored to be attending Kabbalah classes, and in 2012 she reportedly joined Courtney Love’s Buddhist chanting group.

In an interview with Oprah Winfrey last year, she said, “I’m a very spiritual person and I’ve become more spiritual as time has gone on. I’m really in touch, whether it’s prayer or meditation, there are so many powers greater than me in the world. I’ve been blessed and lucky enough to have been given a gift to share with other people.” 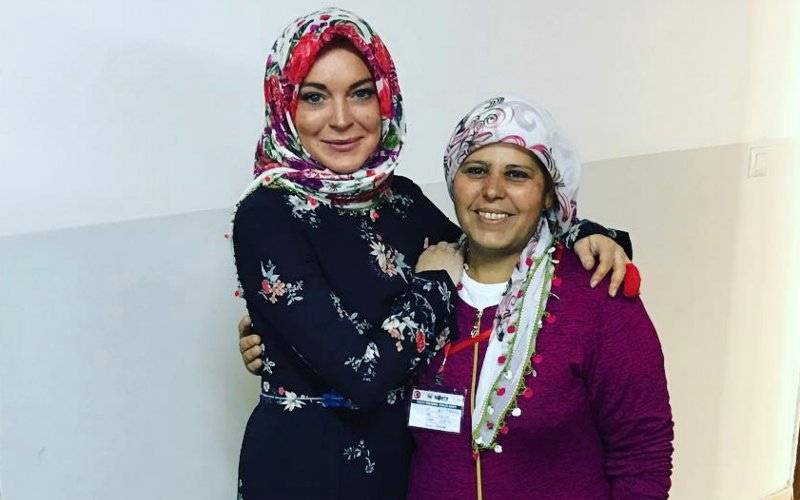 So obviously, Lohan has considered many religions to see the best match for her and her beliefs. Reading the Qur’an doesn’t make you a Muslim, neither is quoting it on Instagram, which she has. But what does this mean? Was this post an implied announcement? It’ll be interesting waiting for her to make a statement about this topic! 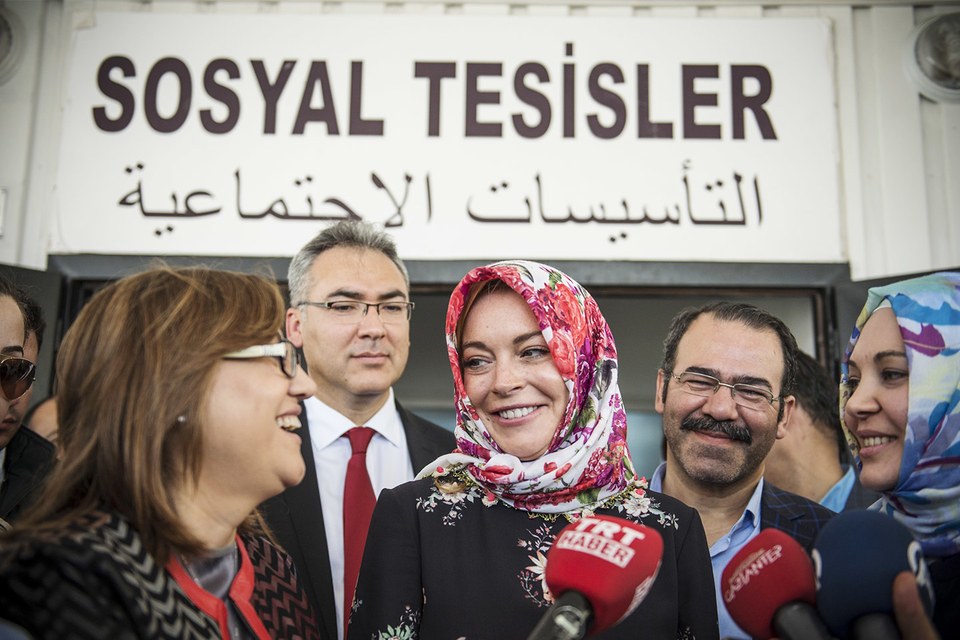