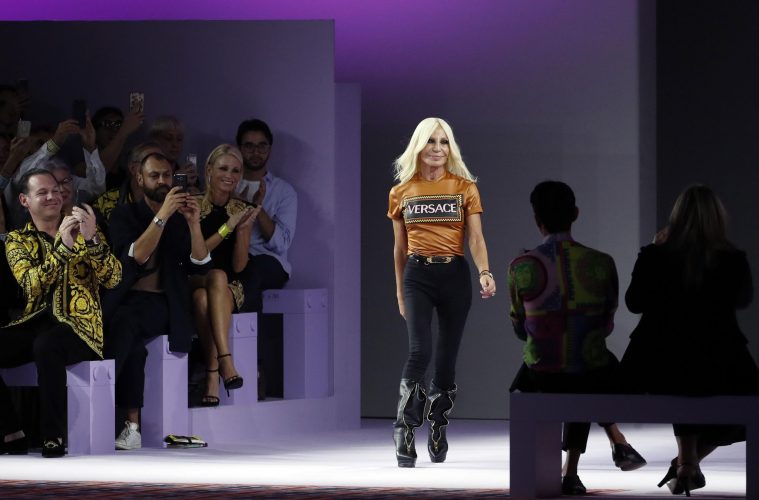 Michael Kors has agreed to buy Italian fashion house Versace for $2.1 billion, the US company confirmed on Tuesday.

Michael Kors, which last year bought London shoemaker Jimmy Choo for almost £900m, confirmed on Tuesday that it had bought Versace and would fold all three brands into a new company called Capri Holdings – named after the favourite holiday island of wealthy fashionistas.

Donatella Versace, 63, who is Versace’s vice-president and artistic director, has committed to stay on at Capri Holdings and “lead the company’s creative vision”.

“This is a very exciting moment for Versace,” she said. “It has been more than 20 years since I took over the company along with my brother Santo and daughter Allegra. I am proud that Versace remains very strong in both fashion and modern culture. Versace is not only synonymous with its iconic and unmistakable style, but with being inclusive and embracing of diversity, as well as empowering people to express themselves.”

Versace fans used all kinds of colorful comparisons to criticize the sale of the Iconic Italian fashion brand sale to Michael Kors, taking to social media to mourn what they saw as the brand’s sullied legacy.

Donatella after she sees the first collection Michael Kors makes for Versace pic.twitter.com/EEzRUS9WRw

CONFIRMED! Versace will now be sold at Marshall’s & TJMaxx, locals will now think they’re the baddest bitch on the block. Beware. https://t.co/a8UFqJBsMf

Gianni Versace didn’t die for his ICONIC brand to be sold to some cheap & tacky designer who is the epitome of locals knowledge on designer brands & whos bags u can’t even tell the difference between the fakes they sell in turkey, this is the end of Versace. I’m so disappointed https://t.co/yRu3U6B0Ik