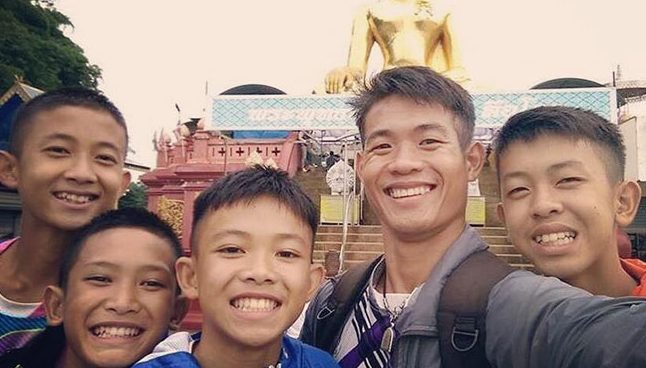 Will the Coach of the Thai Soccer Team be Charged?

Ekapol Chanthawong, 25, is the coach of the Thai soccer team who was trapped in the Tham Luang cave for 17 days. However, the parents of the young boys seem to be thankful and forgiving to Chanthawong rather than mad.

So here’s what happened. Chanthawong took the boys about 4 kilometers into the cave after a soccer game on June 23 for an initiation ritual in which they would write their names on the cave wall. But heavy rains fell, trapping the team in the cave for about two weeks. Last Tuesday, all 12 of the boys and Chanthawong were finally freed from the cave after several days of rescue operations. Despite the dangerous situation the boys were in, it’s doubtful that Chanthawong will face charges.

He taught the boys meditation to help them calm down and preserve energy. He also gave the boys part of his limited food.  Overall, he took good care of the boys, and parents are thankful that they had adult supervision for the 17 days.

Although Thai law takes a defendant’s intent into consideration, and Chanthawong’s intentions were harmless, there’s still a possibility of him going to court. The chief of the police station whose jurisdiction includes the cave said he hadn’t ruled out charging the coach due to recklessness.

For now, Thailand’s prime minister, Prayut Chan-o-cha, told Thai media the emphasis should be on a safe rescue and ensuring the team’s psychological recovery.