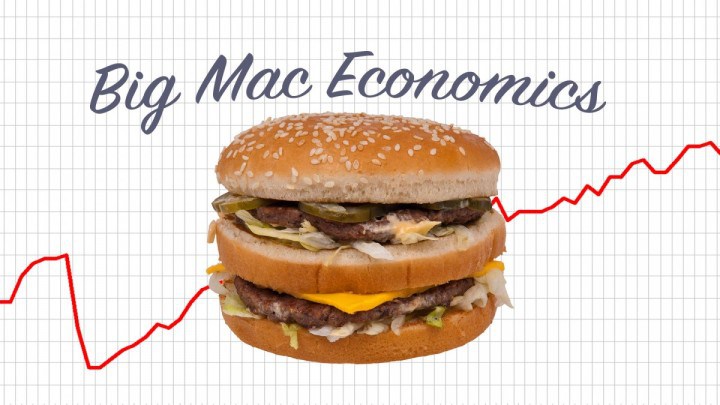 We’re not kidding. This exists!

Let’s break it down. We often use the dollar as base currency to judge Egypt’s fluctuating value, but we can just as easily use any other currency. Here’s the catch—in order for something to be the base, it must be consistent all over the world. Well, there’s a McDonald’s in almost every country in the world! So why not use Big Macs as our base?

The Big Mac index was invented by The Economist in 1986 as a lighthearted guide to whether currencies are at their “correct” level. It is based on the theory of purchasing-power parity (PPP), the notion that in the long run exchange rates should move towards the rate that would equalize the prices of an identical basket of goods and services (in this case, a burger) in any two countries. For example, the average price of a Big Mac in America in July 2016 was $5.04; in China it was only $2.79 at market exchange rates. So the “raw” Big Mac index says that the yuan was undervalued by 45% at that time.
So where does Egypt stand? Let’s assume the American Big Mac is the base Big Mac.

As of July 2016, the Egyptian pound is undervalued by 48.6%. This means, a Big Mac is priced at the equivalent of $2.59, while it’s $5.04 in the USA. But it’s not this simple, right? There are many more factors to be considered. So, the Economist created an adjusted index to address the criticism that you would expect average burger prices to be cheaper in poor countries than in rich ones because labor costs are lower. The relationship between prices and GDP per person may be a better guide to the current fair value of a currency. The adjusted index uses the “line of best fit” between Big Mac prices and GDP per person for 48 countries (plus the euro area). The difference between the price predicted by the red line for each country, given its income per person, and its actual price gives a super-sized measure of currency under- and over-valuation.

After adjustments, the Egyptian pound is still undervalued, but at a mere 10.6% rather than 48.6%.

There you have it folks. When you hear someone say, “Eda! El Big Mac ba2a beh 23 gennah?! Dana kont bashtery beh 17 min kam shahr,” tell them about the Big Mac Index!

If you’d like to play around with The Economist’s interactive currency-comparison tool, visit www.economist.com/content/big-mac-index.