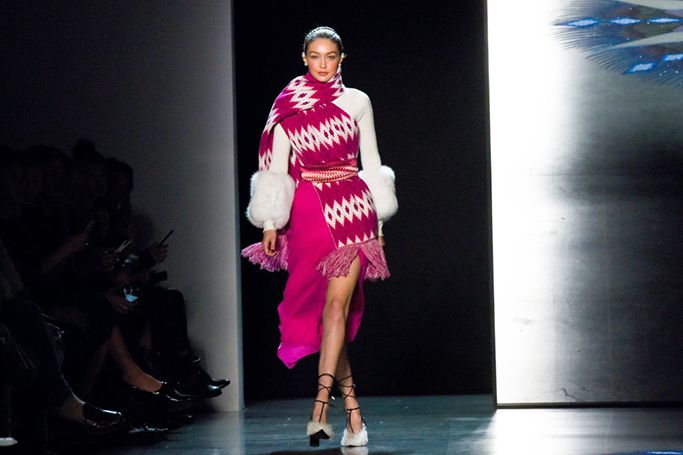 New York Fashion Week 2018: What Happened At The Big Apple

The Hadid sisters, Halima Aden and Kaia Gerber on the runway…

New York Fashion Week showcased Autumn/Winter 2018 collections and ended a few days ago, we’ve rounded-up the highlights from the runway shows, the model appearances and the celebrity front rows so far.

New York Fashion Week 2018 has seen a star-studded debut from Italian brand Bottega Veneta both on and off the runway, as the Hadid sisters both walked for Prabal Gurung’s empowering show inspired by influential women and hijab-wearing model Halima Aden returned to NYFW after her runway debut last year.

As Victoria Beckham ended her NYFW legacy on a high, we’ve got everything you need to know from New York Fashion Week AW18.

On the runway Gigi Hadid dramatically closed the show in a silky velvet black gown, as she was joined on the BV runway by fellow A-listers Adwoa Aboa and Irina Shayk. The collection was inspired by the chic slickness of New York, as Bottega Veneta reflected the opening of its New York flagship store at 740 Madison Ave, with clothes adorned in jewel tones and luxe textures.

The Hadid Sisters for Prabal Gurung

The half-Palestinian sisters impressed once more on the runway for Prabal Gurung at NYFW, with Gigi Hadid opening and Bella Hadid closing the show which celebrated women. The modelling sisters were joined by Ashley Graham as they wore vibrant and bold pieces for Prabal Gurung’s AW18 collection which was inspired by powerful women who led the Mosuo tribe of China. 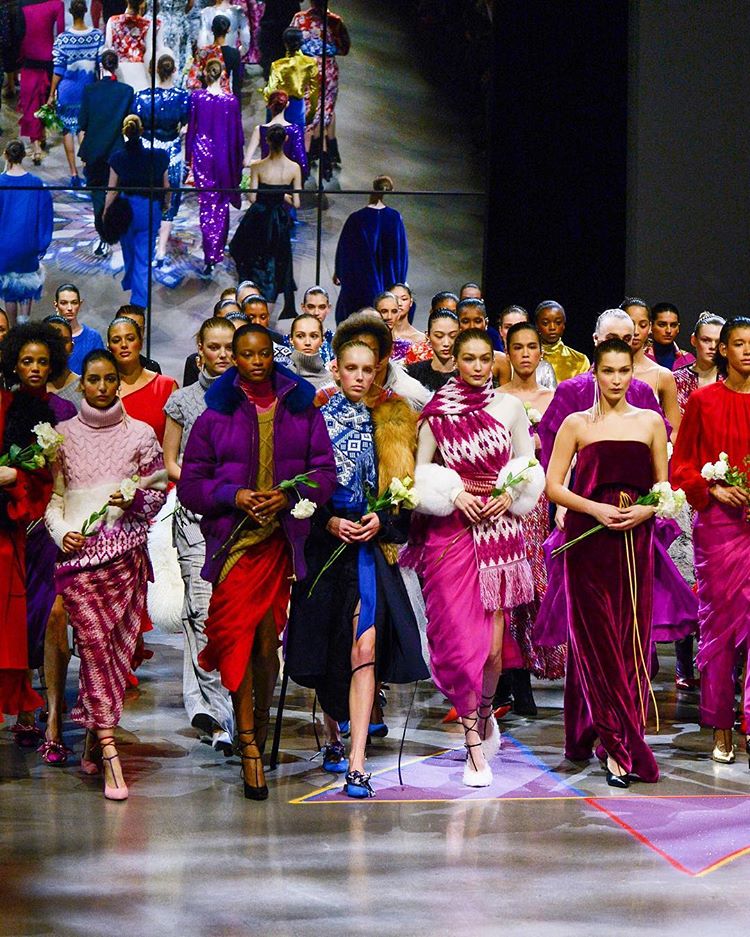 Philipp Plein’s Autumn/Winter 2018 collection at NYFW saw models walk alongside robots on the runway, but we were still drawn to Halima Aden’s walk! The hijab wearing model made her fashion week debut last year for Kanye West’s Yeezy Season 5 show, as this year she wowed again for Philip Plein in a sheer rain coat with an embellished teddy backpack. 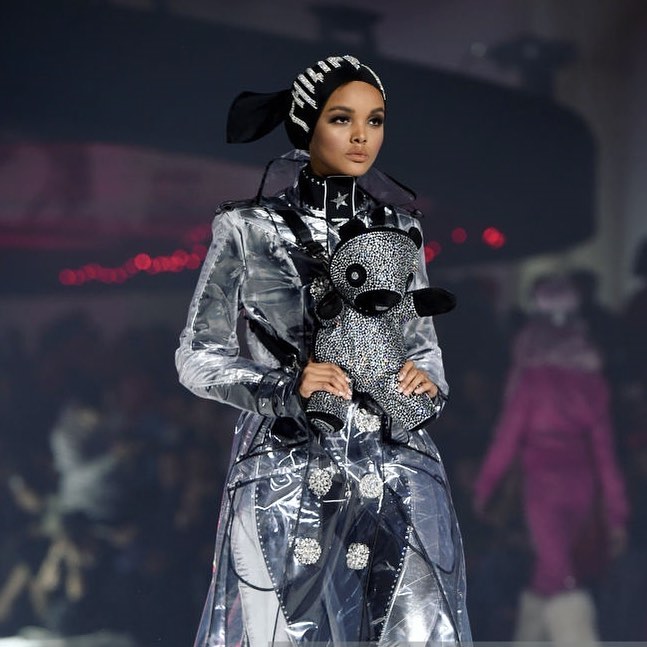 New It girl of the Modeling World Kaia Gerber

Kaia Gerber, the 16-year-old daughter of Cindy Crawford modelled the ultimate smoky eyes for Tom Ford’s show, vibrant blue for Bottega Veneta and stole the show in high-fashion workwear by Alexander Wang at NYFW 2018. There’s no stopping the rising teenage superstar who is following in her mother’s footsteps. 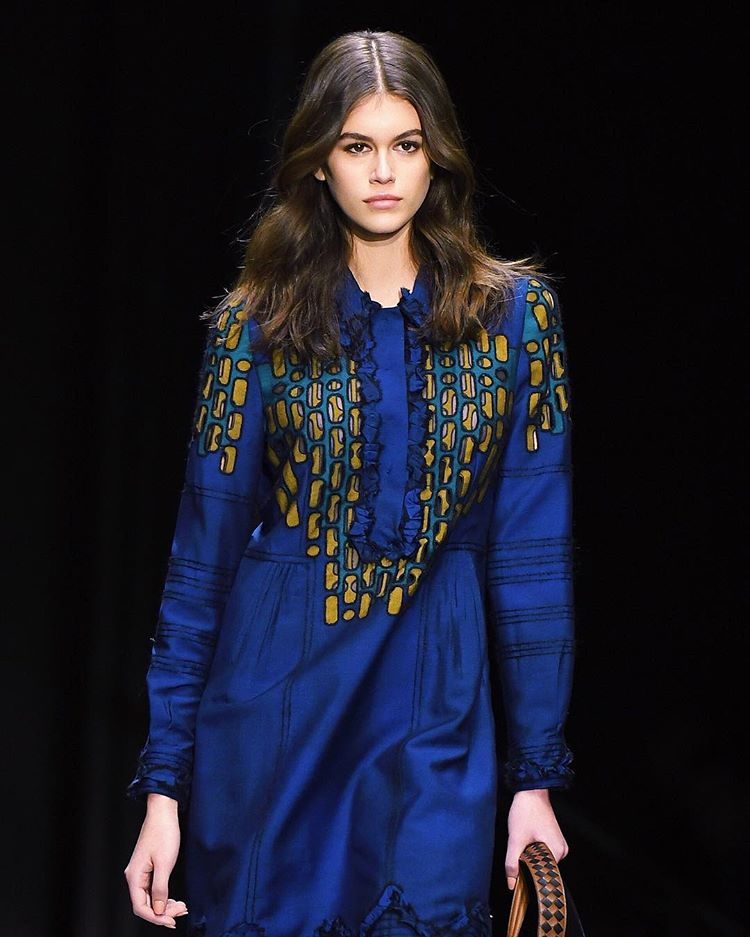 Karlie Kloss may have wowed in all black for the Brandon Maxwell runway AW18 show at New York Fashion Week, but it was her New York street style Instagram shot which caught our attention. Stopping traffic, the model protected herself from the rain with a fur leopard print jacket, as we loved her silver-grey pointed heels and metallic trousers combo! 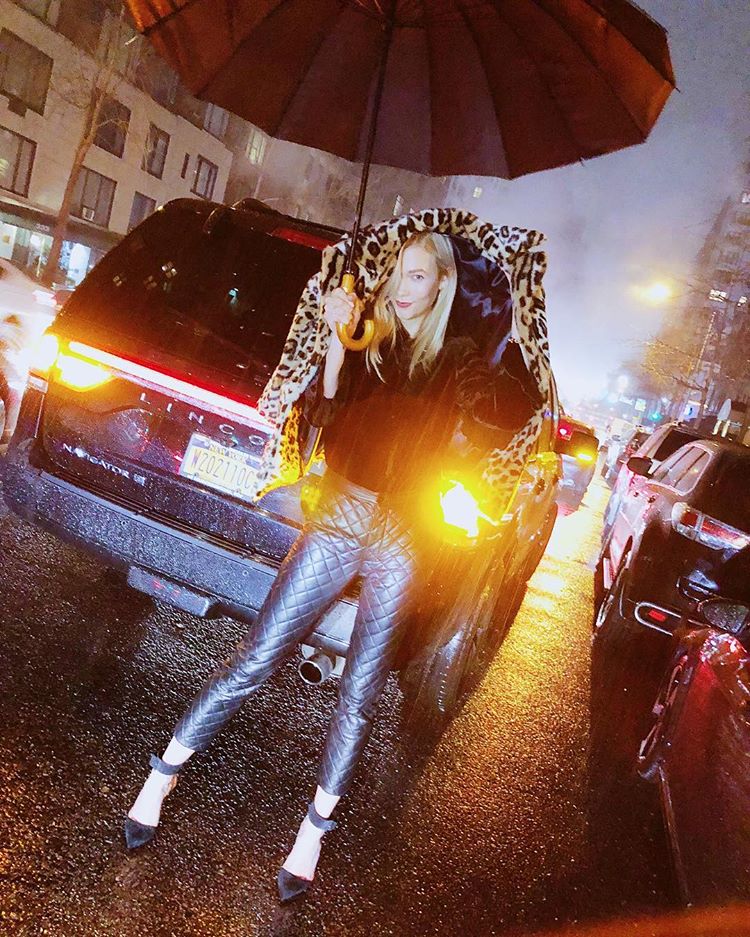 The Bahrain-based label by designers Shaikha Noor Al Khalifa and Shaikha Haya Al Khalifa, showcased a collection inspired by Bahrain’s starry night sky for New York Fashion Week 2018. The collection was feminine with draped chiffon dresses, flowing sleeves and touches of elegant gold, as the Arabic script in this piece read “to the moon and back.” This contrasted with the structured silhouettes and heavy coats. 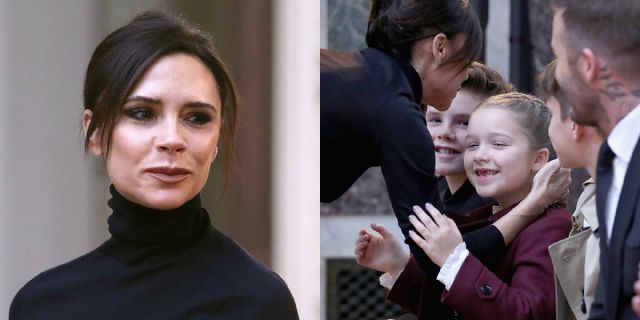 Alexander Wang’s corporate and smartly styled collection showcased Matrix-esque power suits and silver clamp clips which took us back to the 80s. The “modern CEO” was the muse for the fashionably work-inspired attire which was strong, authoritative and impossible to ignore, despite consisting of classic black clothing. It was power dressing at its best! 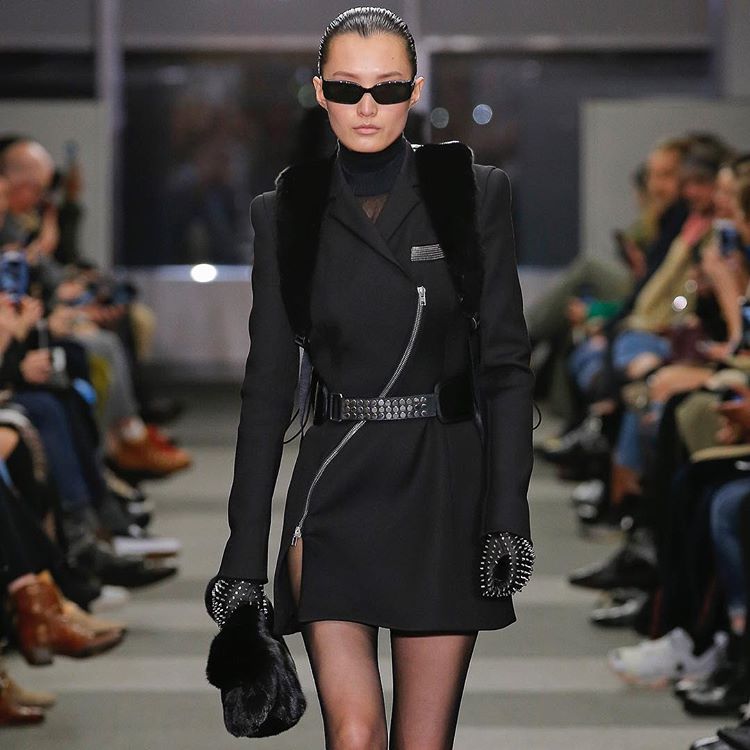