The Biggest Moments of 2017

From pregnancy announcements to terrorist attacks, 2017 sure left us topsy-turvy. Here are the moments that blew up the internet- both local and international.

Los Angeles residents awoke on New Year’s Day to find the four-story white letters of the world-famous “Hollywood” sign had been altered to read: “Hollyweed.” The prank came just two months after California voters approved the recreational use of marijuana despite a federal ban. 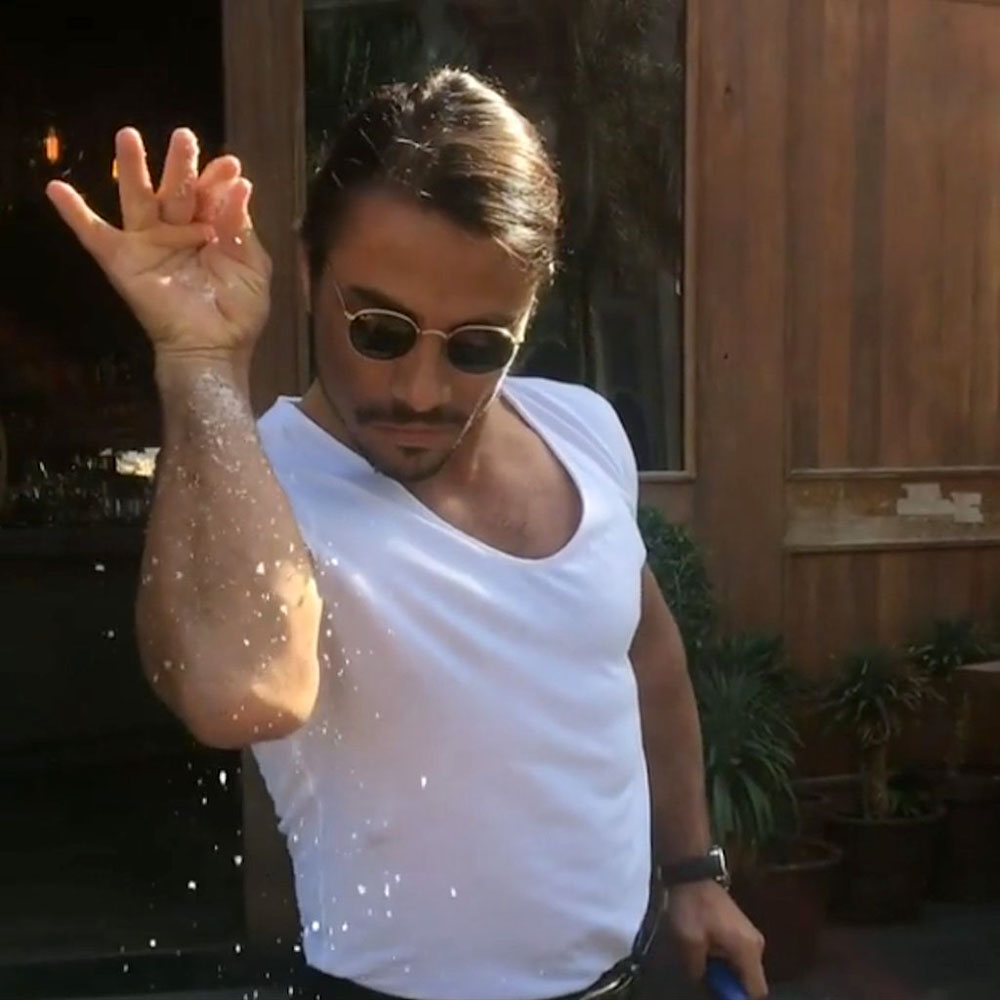 We know what you’re going to say. No way this happened only in 2017, right? Well, yeah, it did. Salt Bae (Turkish chef Nusret Gökçe) first became famous after salting meat in January this year, and he blew up right away.

Millions of women, and men, marched in Washington, Los Angeles, New York and other cities across the world in January as a direct response to Trump’s inauguration. The attendees marched to advocate for legislation involving women’s rights, LGBTQ rights and immigration reform, among other issues. Hundreds of celebrities joined the cause, speaking on stage at the various marches and walking alongside attendees.

Beyoncé took to Instagram in February to announce her pregnancy — with twins! The elaborate photo shoot was the most-liked picture on Instagram for the year, with more than 11.1 million likes, and was only rivaled by her first photo — garnering more than 10.2 million likes — presenting her newborn babies, Rumi and Sir, to the world in July.

President Abdel Fattah Al Sisi swore in Nadia Ahmed Abdo as the governor of Beheira. Making her the first ever Female in Egypt to hold the position of governor. The new job comes after she was appointed in 2013 as the Deputy governor of Behira and was nominated by the governor of Alexandria for the Mohamed Bin Rashid Al Maktoum Award for Arab Management.

A bomb explosion took place at the Saint Mark’s Coptic Orthodox Cathedral in Alexandria. The Pope was unharmed, and the explosion was caused by a suicide bomber in front of the church’s gates.

On May 22, 2017, a suicide bomber left 22 people dead after an explosion at Ariana Grande’s concert at Manchester Arena. The singer had just left the stage when the terrorist attack happened. Ariana tweeted her condolences to those who lost their lives and their families. She said: “Broken from the bottom of my heart, I am so so sorry. I don’t have words.” 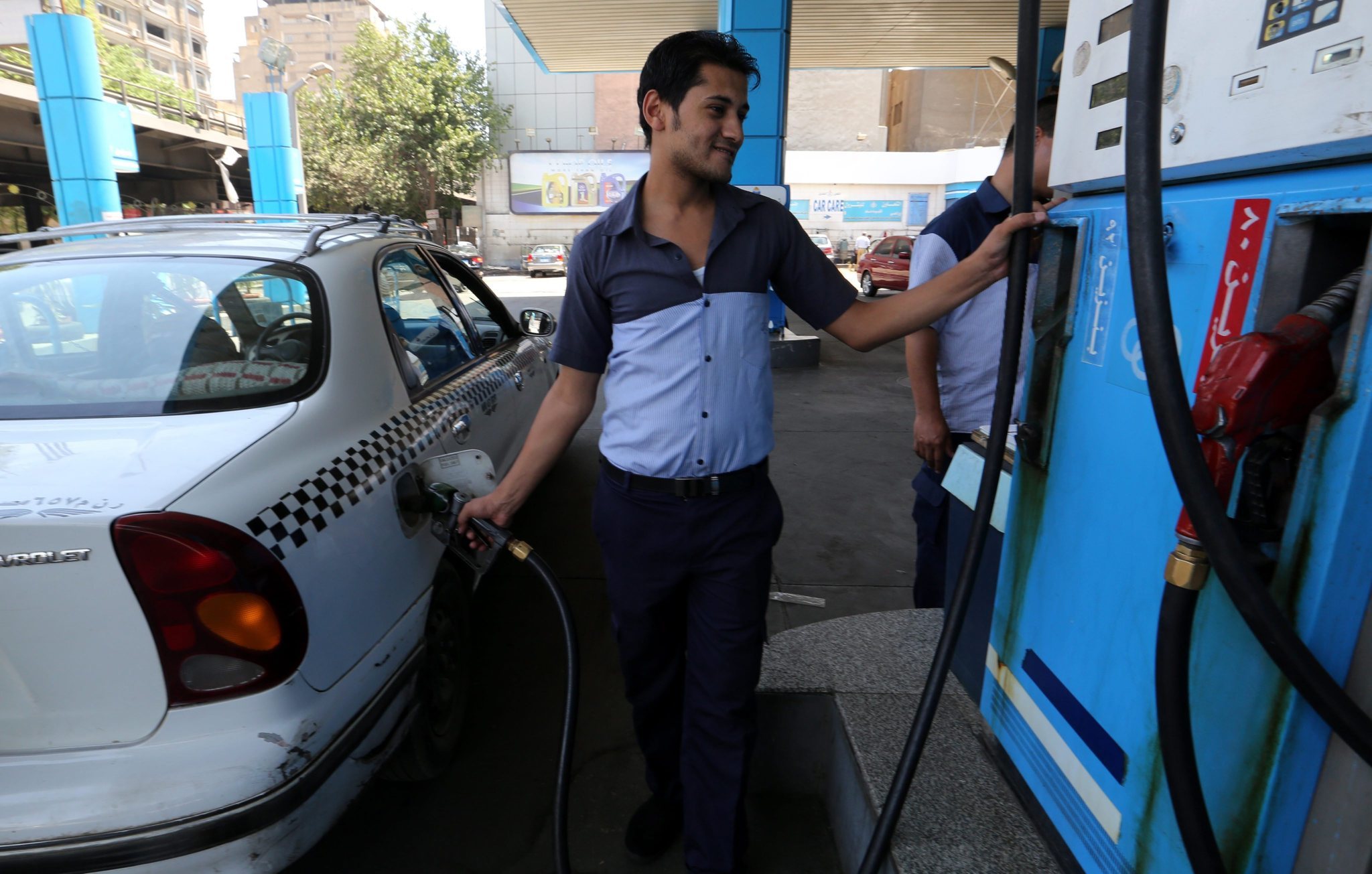 Egyptian swimmer Farida Osman won a bronze medal at the FINA Swimming World Championships, becoming the first Egyptian to score a medal of any color in the championship. The 22-year-old swimmer attained third place in the 50m butterfly in a time of 25.39, with only 0.01 seconds apart from the silver winner.

Reality star Kourtney Kardashian and her Algerian beau Younes Bendjima jetted off on a trip to Egypt, where the two have been making a splash and having a smoke with pals, including Kardashian’s BFF Simon Huck. The couple were spotted at The Pyramids, Hacienda Bay, and El Gouna.

Selena Gomez Gets Kidney Transplant from her BFF 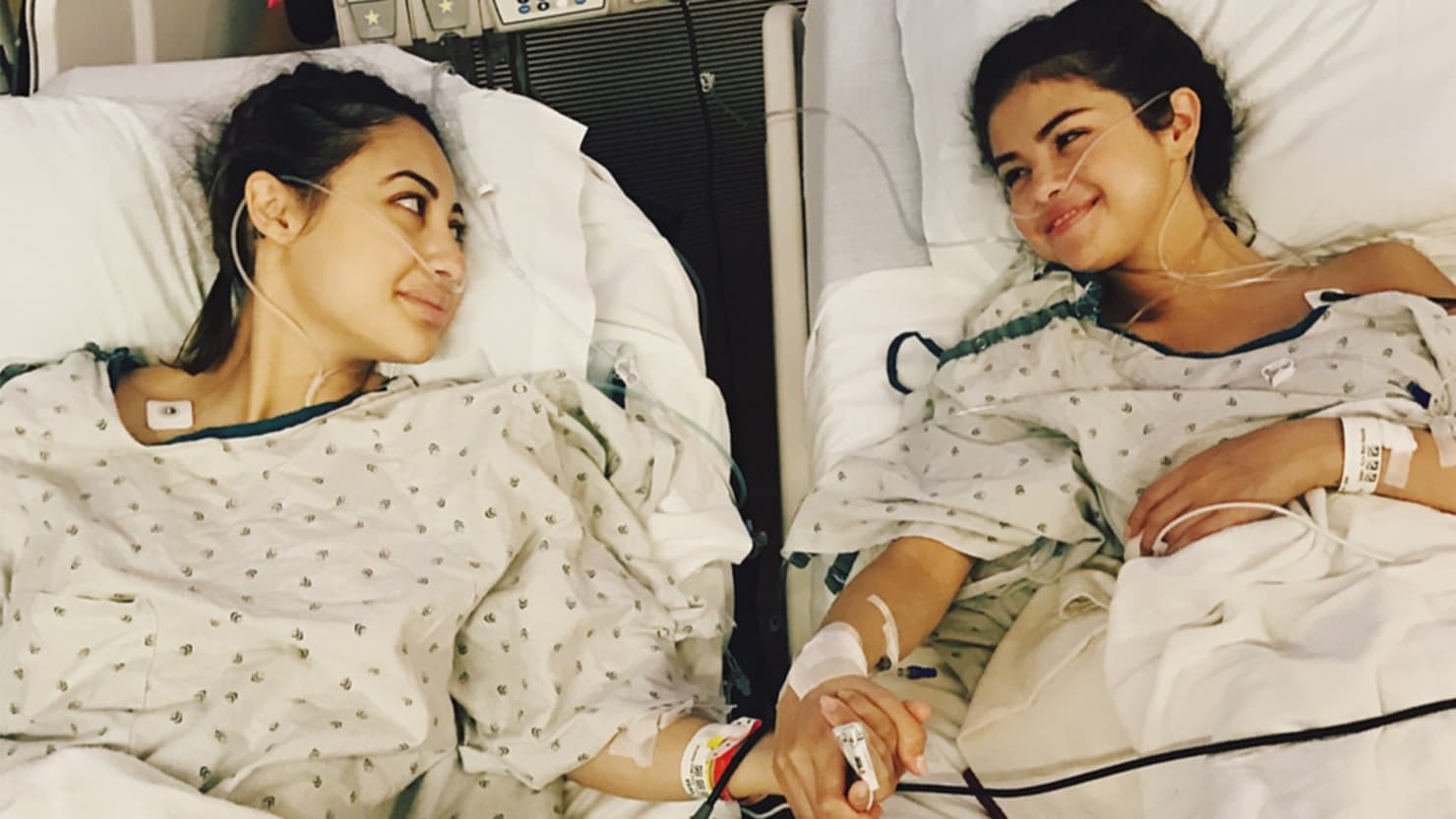 Selena Gomez received a kidney transplant from television actor Francia Raisa due to her struggle with lupus. Gomez disclosed in an Instagram post confirmed by her publicist that she has been out of the spotlight this summer because she was recovering from the procedure. The 25-year-old calls the transplant “what I needed to do for my overall health”. 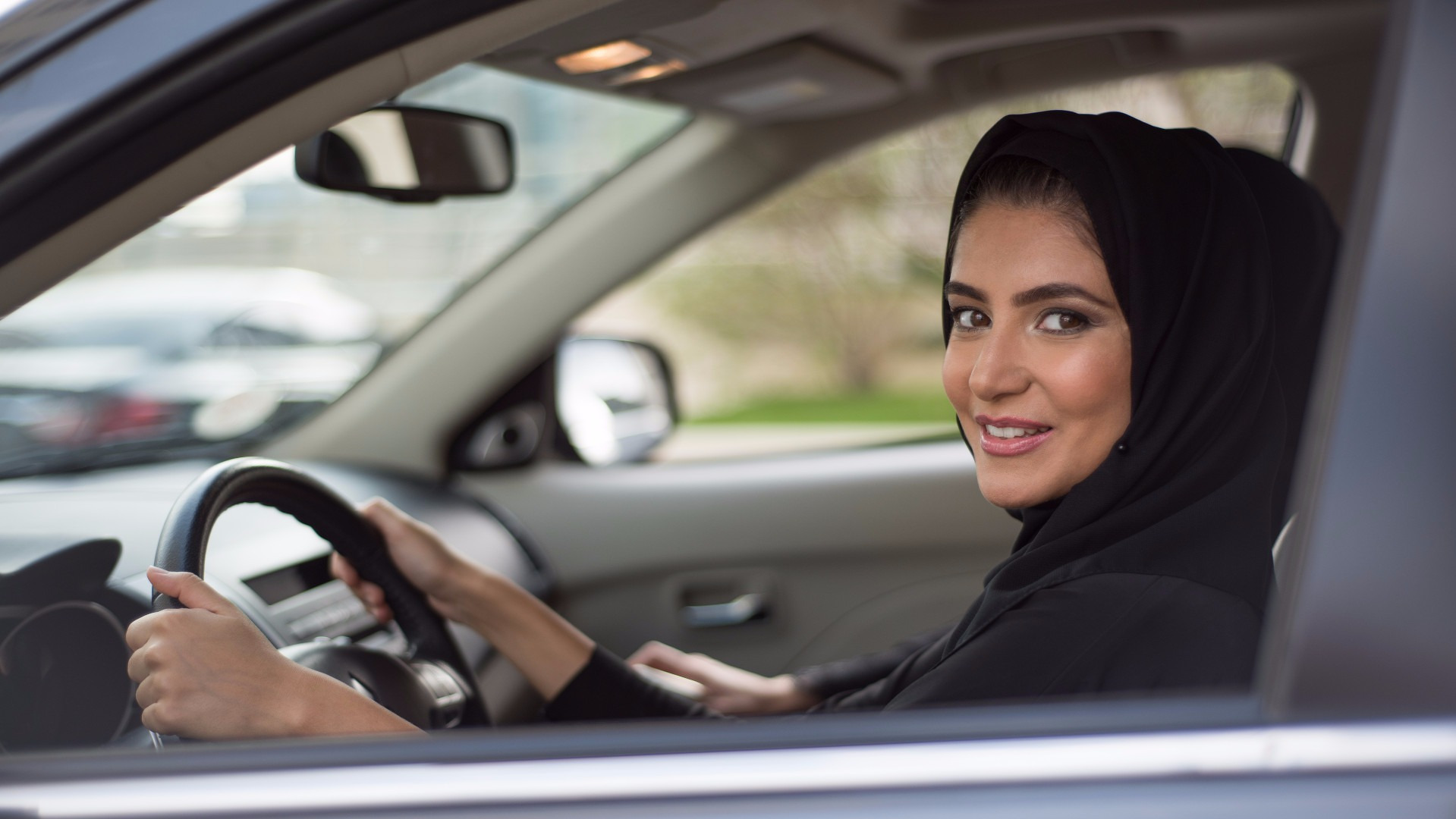 Saudi Arabia announced that it would allow women to drive, ending a longstanding policy that has become a global symbol of the oppression of women in the ultraconservative kingdom. The change, which will take effect in June 2018, was announced in a royal decree read live on state television and in a simultaneous media event in Washington. The decision highlights the damage that the ban on women driving has done to the kingdom’s international reputation and its hopes for a public relations benefit from the reform.

The first edition of the El Gouna Film Festival was inaugurated at the Egyptian Red Sea resort town of El Gouna. This festival kicked off with the slogan of “Cinema for Humanity,” and gives special attention to films with a humanitarian content. The festival made us obsessed with the song “3 Daqat” by Abu and Yousra – a little too obsessed that it has become Egypt’s new national anthem! 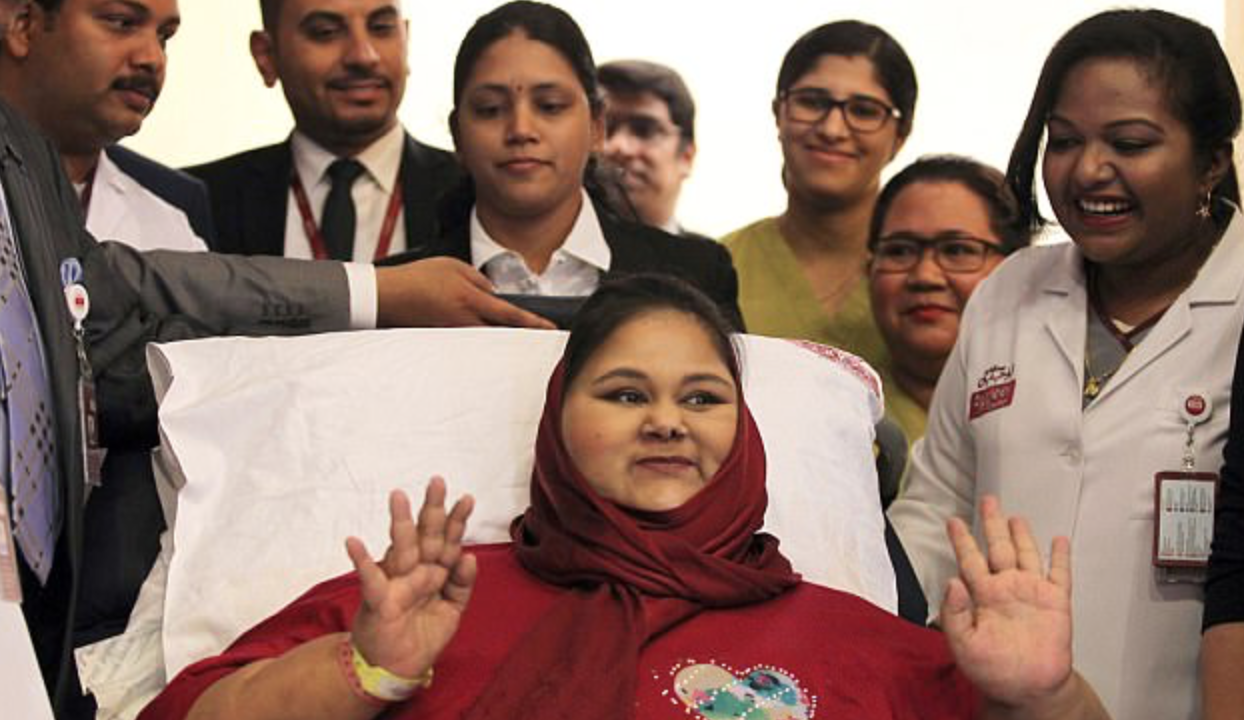 Eman Ahmed Abd El Aty, the woman dubbed ‘the heaviest in the world’, has died in a hospital in the United Arab Emirates aged 37. Doctors at Burjeel Hospital in Abu Dhabi said Miss Ahmed Abd El Aty had died due to complications from her weight, including heart disease and kidney dysfunction. 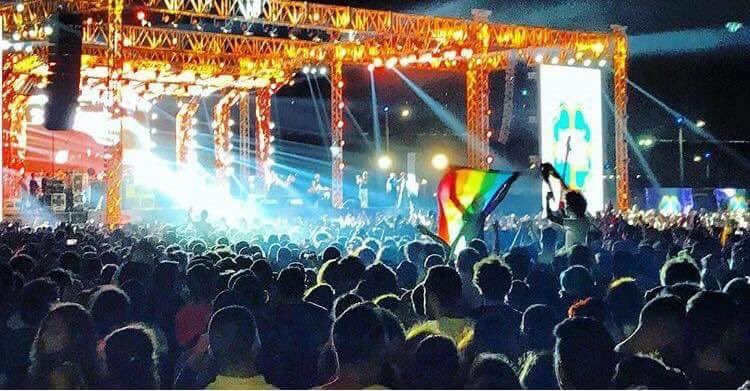 The Syndicate of Musical Professions banned Mashrou’ Leila from performing in Egypt following Music Park concert, held in Cairo on 22 September, where the crowd raised the rainbow flag in support of the LGBTQ community in Egypt.

Men and women spoke out about harassment, using the hashtag #MeToo, in the wake of the news that movie producer Harvey Weinstein was accused by dozens of women of predatory sexual behavior spanning decades, which The New York Times and The New Yorker first reported in October. 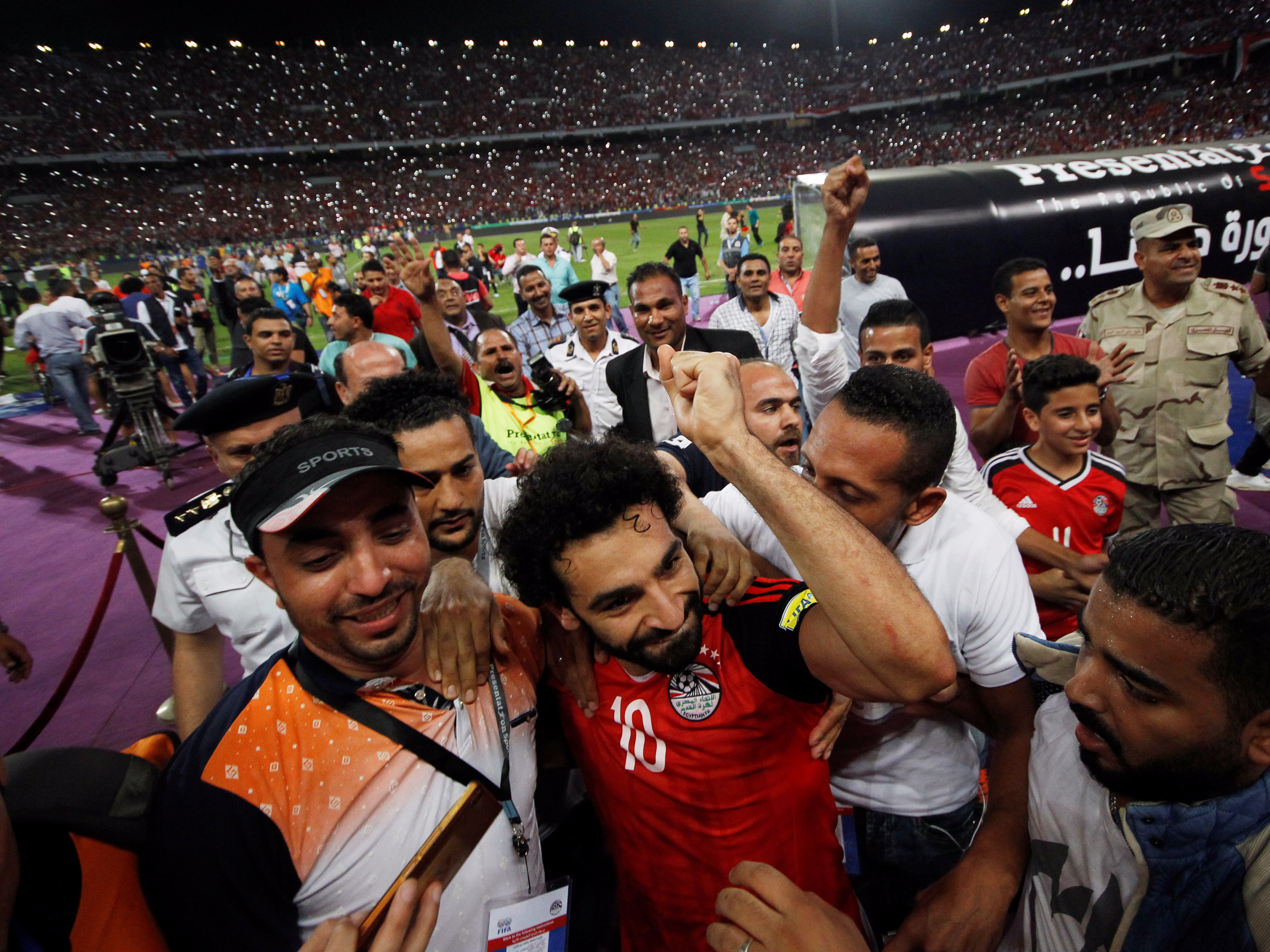 Egypt qualified for the 2018 FIFA World Cup in Russia after a thrilling match against Congo at Borg El Arab Stadium on October 8. Egypt scored 2-1 against Congo. Mohamed Salah scored the first goal in minute 63 of the match while the second goal came after a penalty sending the Pharaohs to the World Cup finals. Salah is now Egypt’s fifth top scorer in history with 31 international goals, surpassing Amr Zaki.

Nour El Tayeb & Ali Farag Win The US Open Together

Egyptian couple Ali Farag and Nour El Tayeb wrote their names into the history books as they triumphed at the 2017 U.S. Open to become the first married couple in sporting history ever to win the same major sports title on the same day.

Prince Harry will marry former actress Meghan Markle – the American 36-year-old who has transformed some embedded royal traditions after just over one year of dating Harry. They will say ‘I do’ in the historic surrounds of the Castle’s 15th century St George’s Chapel. 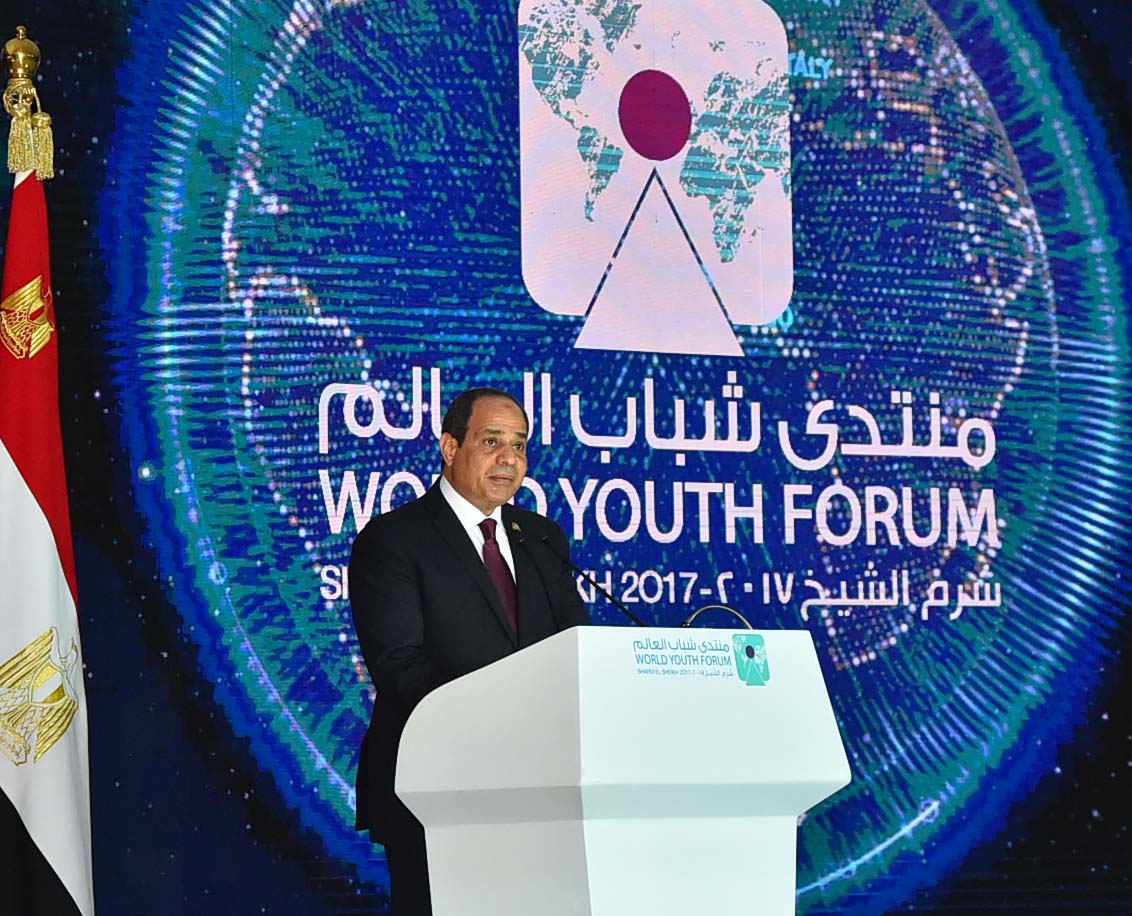 The World Youth Forum conference was held in Sharm el-Sheikh on the 4th November. Its promotional hashtag #WeNeedToTalk is intended to engage young people, attract world leaders and send a message of peace. The guest list included world leaders, representatives of youth from all continents and young entrepreneurs from various fields that shared the story of their success and inspired others. 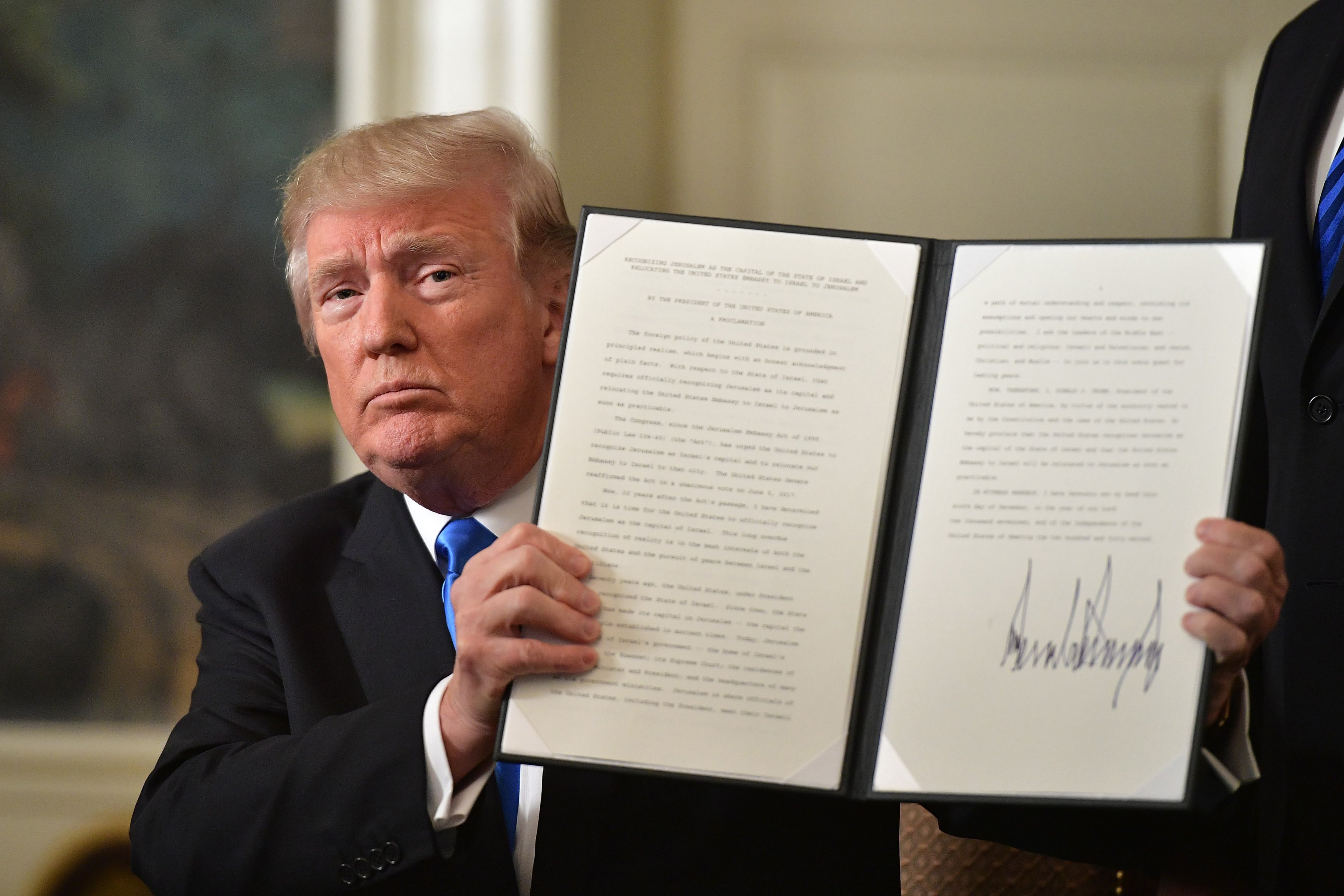 President Trump formally recognized Jerusalem as the capital of Israel, reversing nearly seven decades of American foreign policy and setting in motion a plan to move the United States Embassy from Tel Aviv to the fiercely contested Holy City.

Saudi Arabia lifted a decades-long ban on cinemas, part of a series of social reforms by the powerful crown prince that are shaking up the ultra-conservative kingdom. The government said it would begin licensing cinemas immediately and the first movie theatres are expected to open next March, in a decision that could boost the kingdom’s nascent film industry.